Last weekend marked one of two weekends this summer that found us with no commitments and I was determined to make it count. Especially because, as promised, we woke up to a gorgeous morning. The one catch was that, as happens every now and then, I woke up feeling like I had been run over by a Mac truck. Though I’ve been “diagnosed” with fibromyalgia twice in the past five years, I’m not buying it. But on this morning I felt like a classic fibromyalgia patient, at least from what I’ve read. Every ounce of me wanted to crawl back into bed and let my body lay there for the rest of the day. But mentally, I was having none of it.

I was having that familiar feeling of summer when you are suddenly free from the commitments of regular life and enticed to take advantage of the Pacific Northwest summer before it disappears as quickly as it came. Following some calls and exploration of an impromptu afternoon and overnight at the coast, we decided that an afternoon drive out to the Gorge best suited our situation. So off we went. First stop was lunch at Shirley’s Tippy Canoe, which offers casual outdoor seating along the Sandy River, and surprisingly kind of awesome lunch. By the time we got to Shirley’s, I was feeling better already.

After Shirley’s we headed up to Larch Mountain with the iPod sharing our favorite tunes. As a colleague later asked, “Oh, can’t you hike up there?” Um yeah, you can, but you can also drive to a parking lot and then venture out on the shortest “hike” known to mankind. And that’s how we roll, I don’t mind saying.

So here we are, on our “hike” to Larch Mountain and reminded of how awesome summer is here: 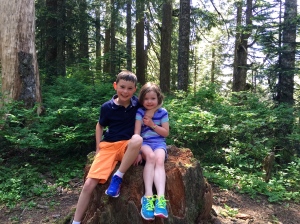 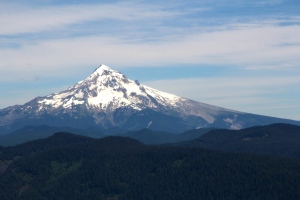 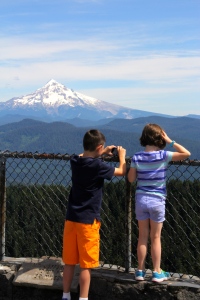 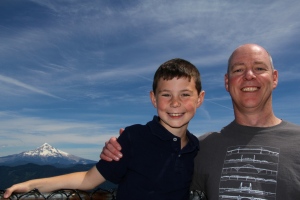 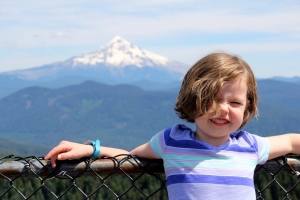